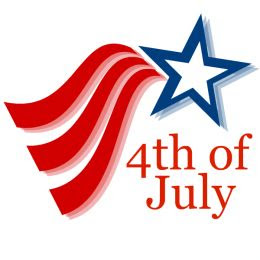 We hold these truths to be self-evident, that all men are created equal, that they are endowed by their Creator with certain unalienable Rights, that among these are Life, Liberty and the pursuit of Happiness.

As we take time from our busy work schedules to celebrate our nation's independence this Fourth of July weekend I was drawn to the words of Thomas Jefferson and the Declaration of Independence. For 18 long days in June of 1776 Jefferson drafted some of the most powerful words ever written in American history.

Over 200 years later I am still challenged by this document. I am reminded that "All men" are created equal and I have no excuses because this truth is "self-evident." Jefferson was quick to point out that these Rights were unalienable and thus could only be endowed by our Creator not Government. Which makes sense when you consider that unalienable Rights are not contingent on laws. Lastly I couldn't help but notice the careful use of the phrase "among these." I believe that Jefferson wanted to give primary examples, not a complete list, of our endowed unalienable Rights.

I want to wish you a very Happy Independence Day and hope that these thoughts will help remind all of us what a great nation we live in.


PS For more interesting information about the Declaration of Independence use the link below to visit The National Archives. 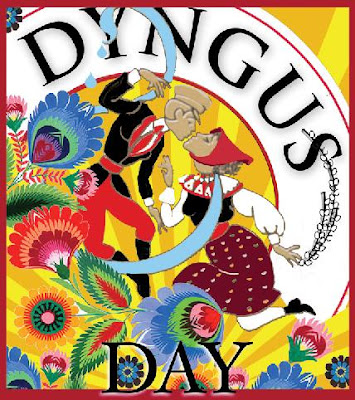 Wet Monday -
Each year in Buffalo there is a day when every one is Polish (or at least they claim to be). A tradition started a long ago but growing in popularity each year. Some believe the tradition was founded back in 966AD when Prince Mieszko, the first king of Poland, along with his court were baptized in to Christianity on Easter Monday. The sprinkling of water inspired by the water baptism has been a key symbol ever since – thus “wet” Monday.

Farm boys trying to get the attention of their heats desire used this celebration in later centuries. They would sprinkle water on the legs of their girl. There are rumors that she may reply by with hitting back with dishes on Easter Tuesday.

On Monday April 13, 2009 there will be a Parade and 6 official Polish Taverns where they have guaranteed plenty of Tyskie Polish Beer and Sobieski Vodka. There will also be at least 21 venues listed on the official website www.dyngusdaybuffalo.com where you will be able to find some of the Nations best Polka Music. This year there is a “Pussy Willow” Pass that will get you into all of the venues (can be as much as $10 each) and allows you to use the Official Sobieski Vodka, Dyngus Day Shuttle Bus System.

There will be more Dyngus Day parties and Sausage consumed in Buffalo on Dyngus Day that anywhere else in the world. It will be a time to rejoice and take part in all of the items that were sacrificed during Lent.

Needless to say – the Monday after Easter is a huge day in Buffalo.

---
One side thought or (glenism) I find it very interesting that when you look at the word roots for Dyngus there is some mention of buying back like in the form of a ransom. Pretty cool when you consider the Easter Story is just that – the bible uses the concept of how we were bought with a price / or ransom. Water is a symbol of clean start – after Easter we as Christians now believe that we have a clean start… Unfortunately – I think the modern Dyngus Day celebrations may look more like a post Easter Marti Gras than have any deep spiritual meaning.

The other interesting discovery was the diversity of the stories of what Dyngus Day is...

Growing up in Buffalo NY we had the pleasure of experiencing cultural diversity before it became fashionable. One of the great cultures that have influenced our area is the Polish Americans. This group really needs to be measured as a culture due to the ever changing European Borders of it home land. These border changes made it almost impossible to track the actual number of Polish immigrants to the USA. Many of the Poles were listed as Russian, German or Austrian.

As the Poles moved in to the Western NY they brought with them their strong religious heritage. There were 34 churches established by Polish Americans. The later and largest group of Polish settlers were Catholics but the early Polish settlers were Jewish. Later the Polish Baptist movement would be born in Buffalo.
It has been this Polish heritage that has keep alive the spirit of Dyngus Day.

Posted by GMSwyers at 6:55 PM No comments:


I have recently come across an interesting story that I believe we can all learn from. The story happened during a period of severe economic uncertainty.

The Great Cereal War
At the beginning of what we now call the Great Depression, cereal brand giants Kellogg's and Post were in a virtual tie for market share. Post responded to the economic times with a strategy of reducing marketing along with other traditional budget cutting moves. Kellogg's maintained its marketing levels and even expanded it. Their goal was to find new areas to build their brand. This strategy paid off for Kellogg's. When consumers came back to the market place in full force so did Post but it was too late. Kellogg's had established themselves as the sole market leader and held that position for over 50 years.

I think it is very safe to summarize this story with one simple comment - Tom was Right!

I can't change the direction of the wind, but I can adjust my sails to always reach my destination. 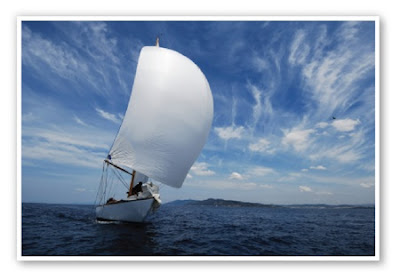 "I can't change the direction of the wind,
but I can adjust my sails to always reach my destination."
-- Jimmy Dean


A New Season... Isn't it wonderful that we are given this gift once a year to clean the slate and start over... As we look forward to 2009 we are faced with challenges we never considered possible at the beginning of 2008. But with this new season we are given the opportunity to review what was successful and unsuccessful in the past. The key is always learning, never settling and always be ready to adjust our sails.

We may not be able to control all the outside forces that affect our business but we can control how we respond to them.

New challenges will require new kinds of responses. Alin Jacob recently said, "The keen observer has learned that business as usual will no longer do. They realize that new technologies are here to stay, and we must utilize them to our advantage or suffer the dire consequences."

I am ready and excited for the future. I believe that not only can a company survive these current economic times but they can continue to grow. Yes, adjustments (change) will be necessary but as Jimmy Dean pointed out the only unknown is the angle of our sails not our destination.

Glen
Solutionist
Posted by GMSwyers at 8:48 AM No comments:

GMSwyers
For over 20 years he, along with his father and four brothers, built one of the larger printing companies in Western New York and Orlando FL. Their sales and customer service approach became the model followed by their competition. Glen attributes his commitment to customer service from the mentoring from his father and to the culture of growing up in the “City of Good Neighbors,” Buffalo NY. His formal training comes from the years spent at Walt Disney World and Adelphia and his degrees in Print Production Management (AAS) and Business Management and Economics (BPS). Glen has served as a Graphic Arts Professor and has worked with organizations in China, Estonia, Philippines and Honduras. He is currently serving as Business Development Manager for Catawba Print and Mail in Hickory NC. Glen and his wife Sara reside in Huntersville NC and are proud parents of Tim, Abby, Chris, and Jeff.